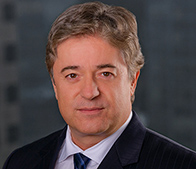 Pierre Lemonde is a lawyer who has more than 20 years of experience in the management of entities involved in international matters and in the organization of conferences, workshops and seminars on global topics. He has also been involved for more than ten years in the editing of world economics publications and the counselling of private companies and public/parapublic bodies on management issues, strategic planning and international law. He has most notably been active as International Vice-President of Manufacturers and Exporters of Quebec (MEQ); President and Editor of the international magazine World Economic Affairs; Managing Director of Samson Bélair/Deloitte & Touche International; and Vice-President of the International Economic Law Society of Canada.

Mr. Lemonde is a member of the Barreau du Québec (Bar of the Province of Quebec). He is also a member of the Strategic Action Comittee of the C2MTL business conference, and a Board member of the Raoul Dandurand Chair of Strategic and Diplomatic Studies at UQAM. He has also served on the Board of Directors of many organizations including the Montreal Millennium Summit; the World Trade Centre of Montreal; the International Economic Law Society of Canada; and the Conseil québécois pour l’Amérique Latine (Quebec Council for Latin America). 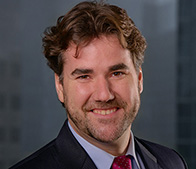 Alexandre Perron has focused on business development since the beginning of his career. He worked during three years as a business development manager for the LTI Group identifying new business opportunities outside Quebec. He also completed contracts in Davos (World Economic Forum), Barcelona (Trade Missions Inc.) and New York in sales and marketing for the controlled-circulation magazine Institutional Investor.

Alexander holds a Masters in International Relations from the Hautes Études Internationales at Université Laval and a BBA in Business Administration (International Business) from Bishop's University. He has also completed several courses at Deakin University (Australia). 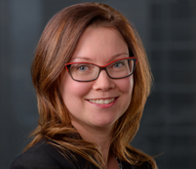 Julie Dubé has worked as an export coordinator at P&O Nedlloyd, one of the world's most important maritime carrier companies. As such, she was in charge of maritime services for the Middle East, Australia and New-Zealand. Notably, she produced the official documentation necessary to the expedition of the merchandise. She also served as an intermediary between clients and P&O overseas agents.

Julie Dubé has also worked as an administration assistant for Agnico-Eagle. She was in charge of the accounting and organizing special events. She’s been part of the MCFR team since May 2006 and has served as the Administrative Director since January 2007. 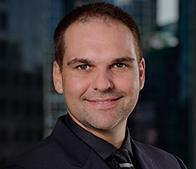 Dominique Boisvert graduated with a Bachelor of Arts in Language Science from UQAM in 2001. After his studies in linguistics, he turned to graphic design and multimedia technologies and he got involved in the development of several commercial and educational websites.

He worked as a freelance web designer for several organizations and companies before joining the MCFR team in January 2007. 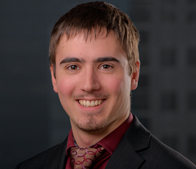 Anthony Gélinas holds a Bachelor's degree in International Studies with a major in political science, from the University of Montreal. He served as an intern at the MCFR from January to May 2011. During his internship, he participated in organizing the events and performed various administrative tasks.

Anthony Gélinas also collaborated in the conception of many websites and the development of multiplayer online games.

Anthony has been MCFR's administrative coordinator from 2011 to 2015. 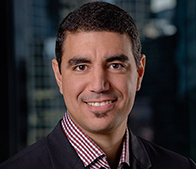 Graphic Designer
Biography
Not member yet Become a member